Sons of the Wolf by Paula Lofting 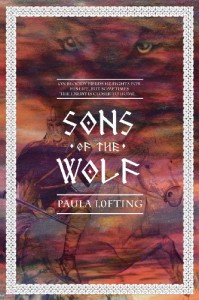 Historical research shines in this novel of a thegn's family during the years leading up to the Norman conquest. I enjoyed the scenes of daily chores, courting rituals, and interactions between people of varying social levels. Lofting clearly has a deep understanding of the life and times of 1050s Britain.

Wulfhere is a well-written hero because he isn't really a hero all the time. In fact, some of the things he did made me want to smack him silly. He is violent, adulterous, impetuous, but he also does everything he can for those he loves even if he's terrible at demonstrating that at times. He is humble, much to his ambitious wife's dismay, but his modesty is pushed too far when Earl Harold (future king) insists that Wulfhere betroth his daughter to the son of his enemy in order to put an end to their family fued.

The story of Wulfhere's family is part of the larger portrait of England as the search for an heir begins. King Edward has no hope of a son of his own, so he sends to the Continent for the son of his half-brother, Edmund Ironside. Of course, William Duke of Normandy has another plan. Since the crown is passed through approval of the Witan rather than the king's wishes or inheritance, the field of contenders promises to increase before Edward's demise.

My favorite part of this book was the battle, or more aptly named, massacre of Hereford. It is not an easy segment to read. It is violent, gory, & likely just what it was like to be in Hereford as the Welsh and Irish-Norse mercenaries attacked it. There is absolutely no romanticising it, which some readers will find to be too much. I appreciated the author's skill and honesty.

The newly released edition of this book also has a stunning cover: 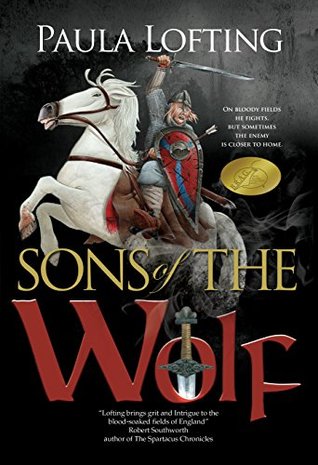