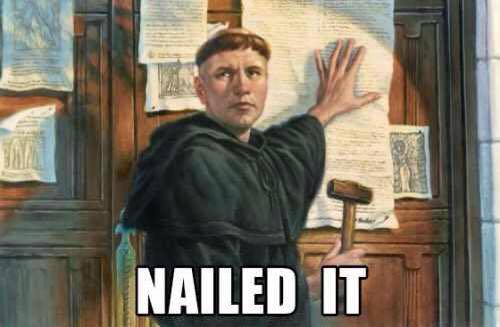 Yes, I am a Lutheran and I celebrate Reformation Day. Halloween has never been a holiday that I've understood much beyond that I, like most others, love candy. Reformation Day, though, that I can get behind. May we all be as willing to stand up for what we believe as Martin Luther.

What would Martin Luther think of the fact that there is still a church bearing his name 499 years later? I have to think that he would not be thrilled. Five centuries and we're still struggling for reform and unity in the church? I think he would find that depressing. 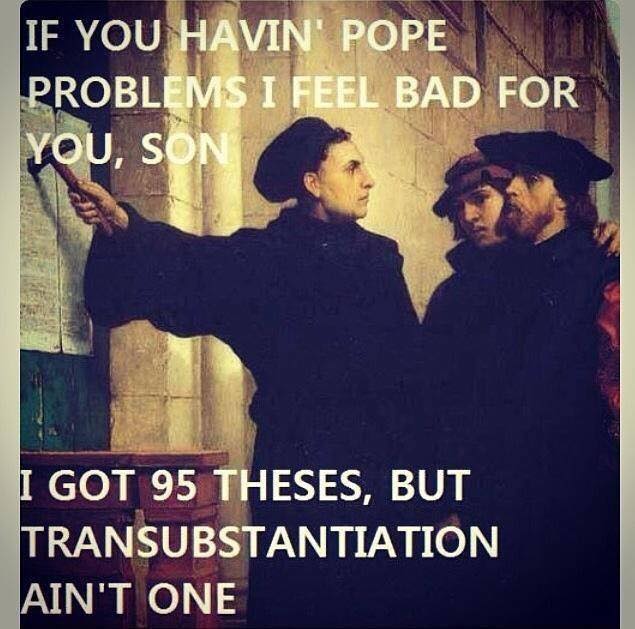 When it comes down to it, I don't think most Lutherans and most Catholics are that different, but we've been being told that we are for a really long time. 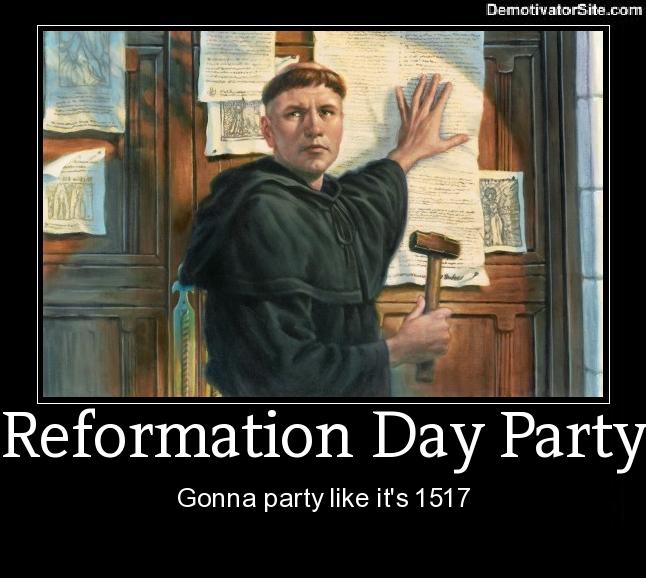 For the 500th anniversary of the Reformation, my home congregation is teaming up with a local Catholic congregation to hold some joint events. I'm not sure how that will go or what people will think, but I think Martin Luther would be proud of the effort. 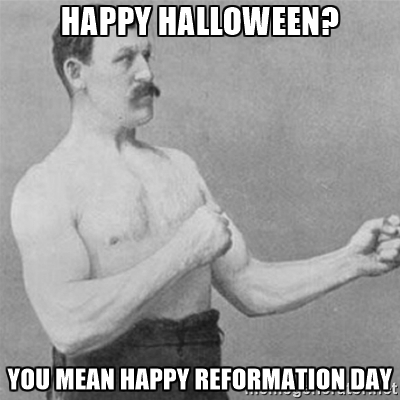 And for those of you who will be partying or trick-or-treating tonight while I turn off the lights and pretend I'm not home while watching Luther, Happy Halloween. 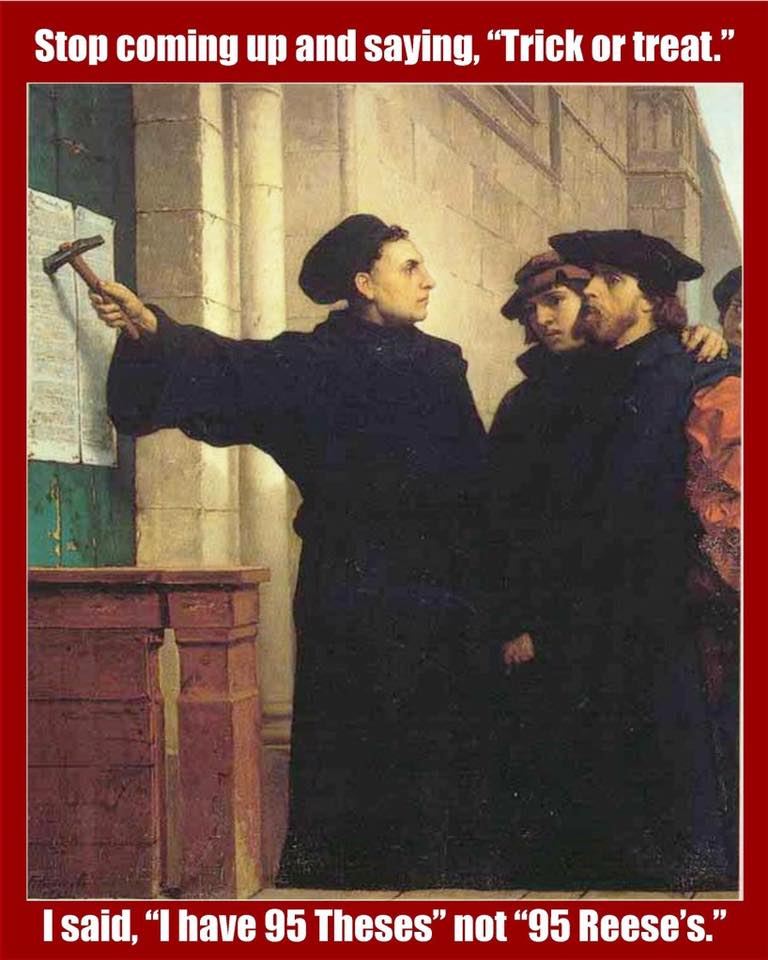