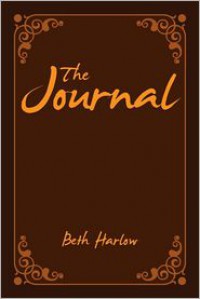 'The Journal' by Beth Harlow is a little book that packs a big punch. In the form of a diary taken into the American Civil War by a Confederate soldier, this novel gives the reader glimpses of the lives of the men whose hands it goes through. This is a poignant format that leaves some mystery regarding what happened to each of the writers after the journal leaves their possession. This can be frustrating to a reader who has begun to sympathize with and care about the character in the brief time they are featured, but it adds to the authenticity of this journal format.

As the journal is passed from soldier to soldier through death, loss, capture, or theft, the reader enters the world of both Confederate and Northern soldiers. The reader and each man who becomes an owner of the journal realize that men on both sides of this bloody conflict have much in common. They have families they wish to get home to, sweethearts waiting for them, and thoughts about what will happen if they die. Each man who writes in the journal shares his thoughts on faith with the knowledge that they could meet their death at any moment. Though the book covers the entire time period of the war, it is by no means a thorough history since each man tells his story as he experiences it. Some battles are up close and personal, others just something he heard about after the fact.

This was a very touching book, and my biggest complaint was that it was not fleshed out a little more. It is only 62 pages long and I felt like it could have been made into something even better. The only other negative that I noted was that the writing voice did not change much with each new character. We had to be told that the diary had changed hands, but I felt like it should have been more obvious by the change in the writers' styles and personalities. Breaking this up into chapters would have made it easier to flip back and remember who was who.

Overall, this was a very worthwhile, quick read and is appropriate for readers of any age.

I received this book from Crosslink Publishing through BookCrash for review purposes. Opinions expressed are my own.
Tweet